From Popup Dungeon Wiki
Jump to: navigation, search
Welcome to the Official

Wiki.
The reference guide for all Popup Dungeon information, written and maintained by the players. 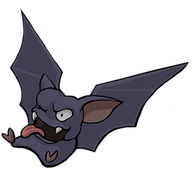 Popup Dungeon is a roguelike dungeon crawler for PC that lets players create any weapon, any ability, any enemy, and any character they can imagine. It’s a papercraft version of an enchanted board game with tactical, turn-based RPG gameplay in the vein of Final Fantasy Tactics. It can be challenged alone or through hot seat or online multiplayer.

The game play is something like Final Fantasy Tactics or X-Com meets a Dungeons and Dragons board game. It's turn-based and the movement is handled on a simple grid. While Popup Dungeon will not be "twitch-based" or require lightning reflexes, we hope to make the action as lively as possible, with fast-paced, decisive combat.

It features all manners of game mechanics you can expect from games like these, and maybe even some you don't expect! The extensive customization and user-creation system will allow players to put nearly any strategy they can imagine into effect.

Help Wiki
General Help
Getting Started
Editing pages
New pages
Moving pages
Basic images
Links
Community
Register
How to help
To write a new article, just enter the article title in the box below or in the search box at the top of the page.